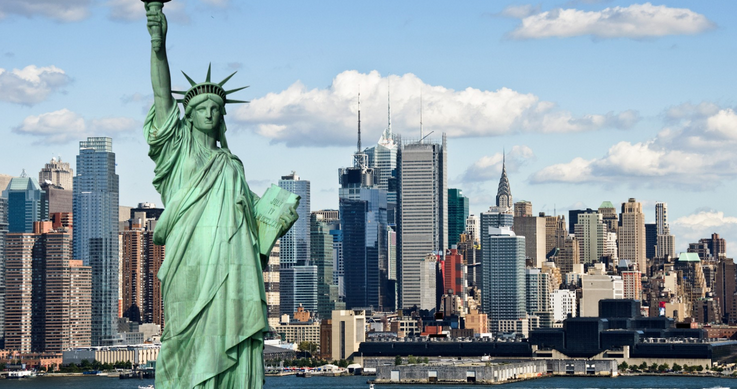 New York City’s food culture is more than just the fast food chains like McDonalds. In fact, it’s so diverse that you can taste food in each country in the world in just one city. So if you ever find yourself wandering around “The City with Everything”, you should try the following foods.

In the United States, New York has one of the best pizzas in the country. Since the Italian immigrants brought pizza to NYC in the early 1900s, it has become one of specialties of the city. There are a lot of Pizza houses that you can choose in the city alone. Some of which includes the Motorino Pizza which is in East Village, and the Roberta’s Pizza. If you’re going to order in the Roberta’s Pizza, you shouldn’t miss their famous Bushwick Pizza which has a blistered crust topped with sweet-savory soppressata and honey.

Hotdogs in NYC aren’t the usual hotdogs you eat back at home. The first person who sold hotdogs in the city was a German butcher named Charles Feltman who started in 1871. Since that day, it has become amongst the traditional foods of New York City.

If you want to eat some mouthwatering hotdogs, you should buy at the Crif Dogs. They have their famous Spicy Red Neck which consists of a bacon wrapped dog added with chilli, coleslaw and jalapenos. For dressing, you can add some avocado, sour cream, melted cheese, and a lot more. You also have to try the hotdogs in Nathan’s Famous which has been known for more than 90 years. They also have food trucks all over the town, so if you ever catch one, don’t forget to taste their hotdogs!

Some people say that the water makes the bagels in New York so mouthwatering, others say it’s the art of making it chewy on the inside, and sheeny and crispy on its surface. Aside from pizzas, New York City is also the home of the world’s superb bagels that you’ll be craving for during your morning stay in the city. A little bit of history, the Eastern European Jews brought the bagels in the city in the 1880s.

If you want to have the best-tasting bagels, you should try the ones in Absolute Bagels. You can choose from 16 various types, and it’s also affordable, letting you save your money for the sight-seeing. You should also try the Murray’s Bagels, who are proud of not toasting their bagels.

From the most expensive dishes to the ones you see in a food truck, NYC has also some of the tastiest burgers and sandwiches in the country. If you’re going to try in the Minetta Tavern, you should choose the Black Label Burger. Although it’s a little bit pricey, it will definitely be worth it as soon as you take the first bite. You can also try the burgers in the Umami Burger, which is the very first NYC outpost of the famous Umambi Burger chain based in California.